STATUS: CAMPUS IS OPEN WITH RESTRICTIONS. VIEW THE UCI CORONAVIRUS INFORMATION HUB WEBSITE FOR UP TO DATE INFORMATION.

Viewing Science and Society Through Art

American Monument invites you to put a record on, but what you hear may make you uncomfortable. The turntables mounted on 22 white pedestals play audio from police body cams and eyewitness recordings from some of the most notorious examples of police brutality against African Americans. The monument, created by artist Lauren Woods, will be at the Beall Center for Art + Technology through Apr. 4, where it marries law and art, offering visitors the opportunity to engage with an often difficult and polarizing topic.

“Public visibility of police brutality has increased in recent years,” says Kimberli Meyer, the curator and cultural producer for American Monument. “This work of art provides a way to go beyond the spectacle, to witness on a granular level how law is culture.”

UCI faculty from informatics, law, social ecology, humanities and arts worked together to bring American Monument to UCI, and to run programming that engages visitors in closely analyzing the legal cases on display. “There’s this cool intersection between law and art that American Monument curates for our students and community,” says Sora Han, associate professor of criminology, law and society in the School of Social Ecology.

“As someone who is disciplinarily located in law and legal studies, I believe it’s important to facilitate and democratize access to legal materials so that people feel empowered to critique it. It’s especially necessary today.” Even in cases where video of the police encounters is available, American Monument focuses attention on the words and language being used – through the audio played from the acetate records as well as 22 metal boxes that contain autopsy records, use-of-force reports and other legal documents.

“The deconstructive format of the monument allows people to think about these issues in a way that the questions remain open-ended, and allows them to think about issues in a creative space,” says Han. “The public engagement aspect, and the kind of legal research that goes into Lauren Woods’ art, is truly amazing.”

"This work of art provides a way to go beyond the spectacle, to witness on a granular level how law is culture."

In 2013, Woods rose to national acclaim for her A Dallas Drinking Fountain Project, a video installation that drew attention to a faded “Whites Only” sign above a water fountain in the Dallas County Records Building. Her body of multimedia art continues pushing our understanding of segregation and the African American experience. “We really want to welcome people to come and find a way to interact with the project,” says Meyer. “The more engagement the better.” To that end, Meyer and UCI faculty including Han will facilitate “think tank” events for visitors, including close readings of materials from cases such as the Treyvon Martin shooting and the arrest and suicide of Sandra Bland.

The creators hope the artwork and these events together spur visitors to take action against police brutality. “As a monument, it operates in the symbolic realm, but this piece is intended to act outside of it as well,” says Meyer. “It aims to move the needle toward justice for all.” 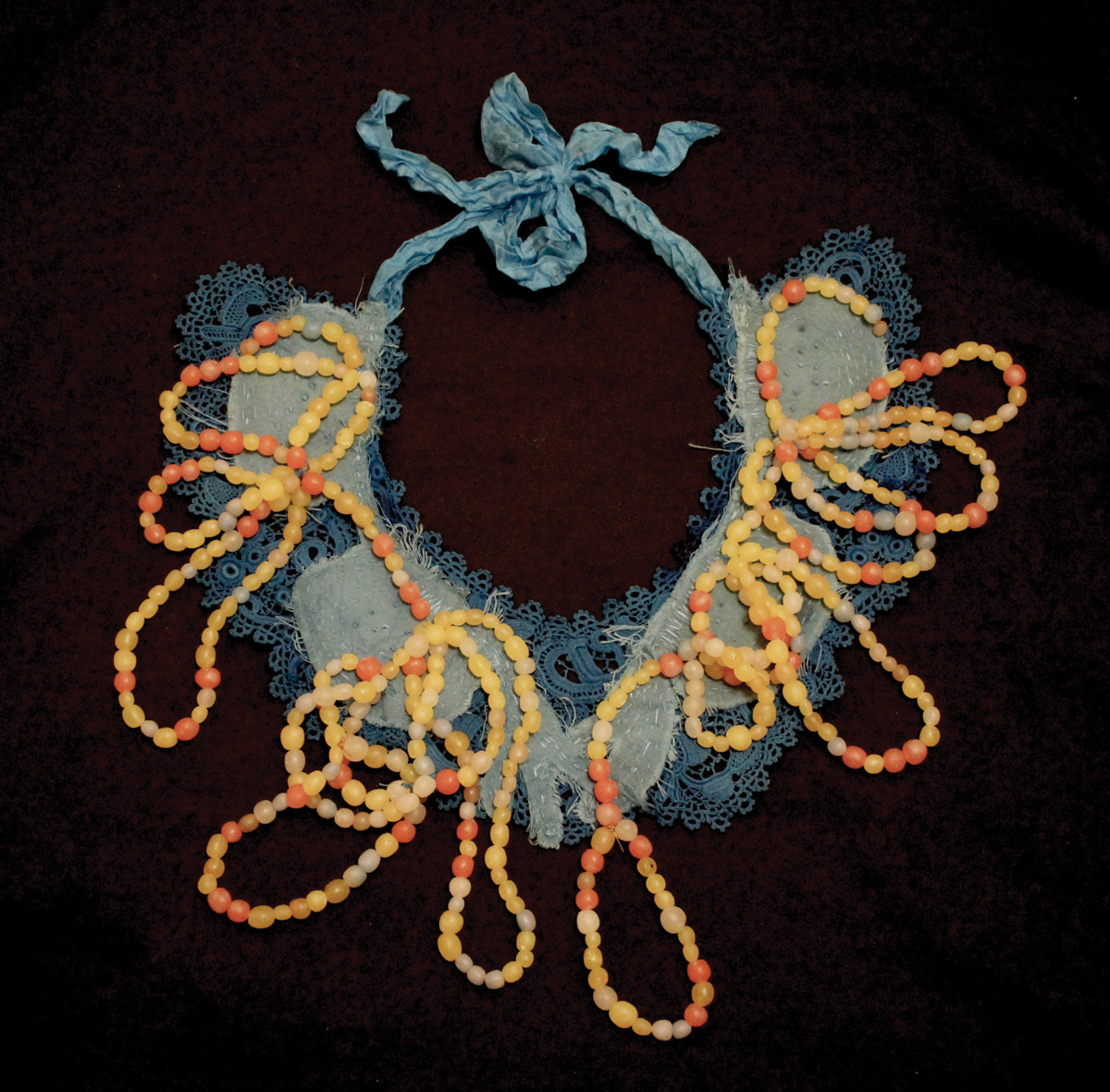 As the Beall Center approaches its 20th anniversary, American Monument is the latest in a string of projects that go beyond the center’s original impetus of incorporating technology with art. The art engages with other disciplines – jurisprudence, but also chemistry, data visualization, artificial intelligence – giving both researchers and visitors to the center new ways to explore complicated topics.

Artistic director and curator David Familian says the goal is to create opportunities for “deep collaboration” between internationally acclaimed artists and UCI researchers in other fields. He is using grant funding from the Andy Warhol Foundation for the Visual Arts and the Beall Family Foundation to support “Black Box Projects,” in which artists come to UCI to collaborate with faculty outside of the arts.

“The collaboration between artists and researchers is a live thing, a complex thing,” he says. “It’s almost biological.” Biology is, in fact, the foundation of one of the most successful collaborations fostered by Familian to date.

British artist Anna Dumitriu came to UCI through the “Black Box Projects” to take a residency in the synthetic biology lab run by Chang Liu, assistant professor of biomedical engineering in the Henry Samueli School of Engineering. Their goal: to create an artwork exploring synthetic biology for exhibit at the Beall Center. “Synthetic biology gets pretty technical, so it was very illuminating to see an artist’s interpretation of what we were doing; it helped us understand how best to communicate our science,” says Liu. “Anna was teaching us as we were teaching her.”

One of the artworks born from the collaboration was Engineered Antibody, a necklace of beads. Not only were the beads made of polymer clay blended with 21 different amino acids, but those beads were organized in the exact same order, and twisted into the exact protein structure as the amino acids in a synthetic antibody a researcher created to better block HIV infections. All of the materials to recreate the HIV-fighting synthetic antibody were contained right there in the necklace. Amazingly, one of the Ph.D. student researchers saw Dumitriu constructing the necklace in the lab, and realized he had an error in his antibody sequence, which he was then able to fix.

The necklace was on display as a series of artworks in 2016’s Wetware: Art | Agency | Animation exhibition at the Beall Center, and has since shown in Atlanta, Belfast, London and New York. But Liu would like to see the collaboration at UCI continue. “The typical forums of outreach within science academia center around teaching, lab demos, visiting local public schools. So the adult community doesn’t get exposed to science as much as kids do, and that’s a real shame,” says Liu, who has since written a grant proposal to have Dumitriu return to his lab as part of an outreach component. “It seemed to us that art was already part of how to communicate to adults, so that’s very appealing.” 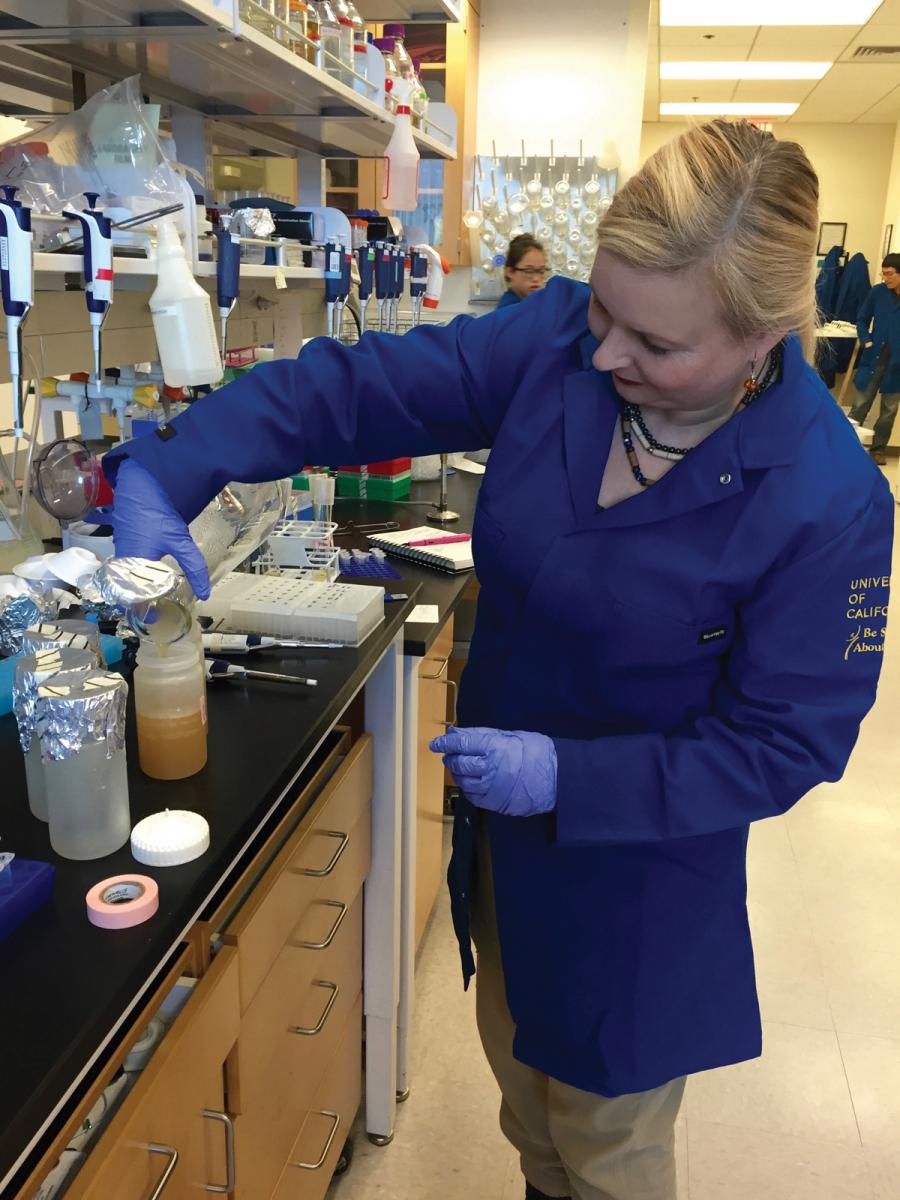 The type of category-defying work the Beall Center has showcased for years is rarely seen in the world’s most popular museums. Familian, who has been artistic director at the Beall Center for a dozen years, acknowledges that traditional curators often avoid works that use technology. But he thinks technology is one part of what makes a good work of art, and that combining various media into new art forms can engage audiences in new ways. Yet art lovers can look forward to seeing more work like that fostered by the Beall Center in big-name museums soon.

The Getty Center, for example, announced that it will open Art x Science x LA in 2024, as part of its Pacific Standard Time series. It’s a collaboration that’s good for artists, scientists, and the public. “I think of researchers moving toward the center of a maze as they work through their ideas,” says Familian. “They hit dead ends sometimes. But by working together across different disciplines, they can open up a new door, and find a new avenue to approach their work. Hopefully, that’s what happens at UCI, and we can enjoy the outcomes at the Beall Center.”

Please join us for the American Monument Think Tank Marathon, March 6 and 7, 12-7 p.m. Learn more here.
Learn more about the Beall Center for Art + Technology at the beallcenter.uci.edu
Read the full version of the quarterly magazine for UCI Claire Trevor School of the Arts
Photos by Will Tee Yang and Anna Dumitriu

To make a gift to support The Beall Center for Art + Technology, please visit our secure direct giving page.