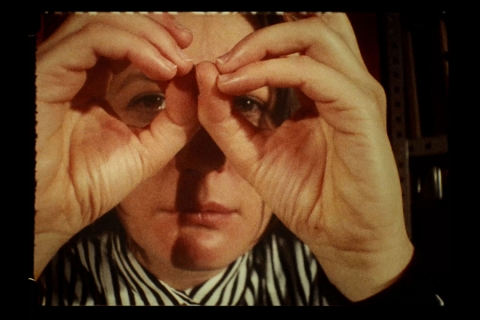 The University of California, Irvine’s University Art Galleries (UAG) is pleased to host Leaves for Burning, a group exhibition of the work of Cog•nate Collective, Bassem Saad, and Artur Żmijewski. The exhibition opens on Saturday, Oct. 1, 2022, and will run through Saturday, Dec. 10 on the UCI Claire Trevor School of the Arts campus .A public opening reception will take place on Saturday, Oct. 1, 2–5 p.m. Admission is free and open to the public. For additional details on the exhibition, including holiday closures, please visit the website at uag.arts.uci.edu.

Leaves for Burning takes its title from Peter Weiss’s play The Persecution and Assassination of Jean-Paul Marat as Performed by the Inmates of the Asylum of Charenton under the Direction of the Marquis de Sade (1965), wherein the assassin Charlotte Corday decries the literal death drive beating at the heart of the French Revolution’s aim for national liberté, égalité, fraternité. By 1793, Paris was overrun with the spectacle of mass incarceration of political heretics, followed by their public execution. It was a dark libidinal machine from which no one was immune. As Corday inveighed:

Over the years, Corday’s warning rings differently, depending upon which trauma has activated a rereading of Weiss’s play. Today a diverse, global majority—what Antonio Negri’s Empire referred to as the “multitude”—stands estranged from a group of minority figure heads who impose their civic, psychic, and physical violence upon their fellow citizens. While this may be the dominant political symptom in 2022, Leaves for Burning argues that an “aesthetic ethics” may well be the prognosis, a tactic whereby the artist/viewer stands with the estranged majority. Appropriating Corday’s words in this context: As more names are added at the bottom of the list, we will stand with them. And wait for our own names to be called. In so doing, we will write, we will talk, we will make art as subjects among subjects, as others among others. Simply, we will counteract the beat of this country’s death drive with the blazing light of a counter life drive. Leaves for Burning features three installations that inspire this life drive.

[1] Peter Weiss, The Persecution and Assassination of Jean-Paul Marat as Performed by the Inmates of the Asylum of Charenton under the direction of the Marquis de Sade, (Long Grove: Waveland Press, Inc., 1965) pp. 87-88.

Cog•nate Collective (based between Tijuana, Mexico, Santa Ana, CA  and Los Angeles, CA) was founded in 2010 and develops research projects, public interventions, and experimental pedagogical programs in collaboration with communities across the US/Mexico border region. Their work interrogates the evolution of the border as it is simultaneously erased by neoliberal economic policies and bolstered through increased militarization – tracing the fallout of this incongruence for migrant communities on either side of the border. As a result, their interdisciplinary projects address issues of citizenship, migration, informal economies, and popular culture. Therefore arguing for understanding the border not as a bifurcating line, but as a region that expands and contracts with the movement of people and objects.
https://www.cognatecollective.com

Bassem Saad (based between Berlin, Germany and Beirut, Lebanon) is an artist and writer. His work explores historical rupture, infrastructure, spontaneity, and difference, through film, performance, and sculpture, as well as through essays and fiction. With an emphasis on past and present forms of struggle, he attempts to place scenes of intersubjective exchange within their world-historical frames. Saad’s solo and collaborative work has been presented and screened at MoMA, CPH:DOX, Transmediale, Architectural Association, Harvard University VES, and Alserkal Avenue. His writing appears in Jadaliyya, FailedArchitecture, and The Funambulist. He was a fellow at Eyebeam, Leslie Lohman Museum, and Ashkal Alwan’s Home Workspace Program. He is currently a fellow at the Berlin Program for Artists and is a nominee for the 2022 Berlin Art Prize.
http://www.bassemsaad.com

Artur Żmijewski (based in Warsaw, Poland) is an artist, film director and photographer. His work examines the dynamics of power and oppression within the social order, and the relationship between extreme emotions and their physical expressions. Zmijewski is concerned with the disruption of the human body and of cognitive functioning in extreme cases such as illness or disability, while also examining mechanisms of memory and collective trauma. His research, constructed as interviews or documentary films, is at times provocative and often direct to the point of cruelty. He has been featured in the following: selected solo exhibitions at Kunsthalle Basel; The Polish Pavilion, 51st Venice Biennale; MOMA, New York; Art Basel Parcours; The Museum for History of Medicine, Riga, Latvia; Artwall, Prague; selected group exhibitions at the 29th Sao Paulo Biennial; Gwangju Biennial; Sharjah Biennial 10; 55th Venice Biennale; Palais de Tokyo, Paris; Turner Contemporary, UK; Performa, New York; and more.
https://www.peterkilchmann.com/artists/artur-zmijewski/biography

Juli Carson is a professor of art, theory and criticism in the Department of Art at UC Irvine and Director of the University Art Galleries. From 2018-19 she was the Philippe Jabre Professor of Art History and Curating at the American University of Beirut. Her books include: Exile of the Imaginary: Politics, Aesthetics, Love (Vienna: Generali Foundation, 2007) and The Limits of Representation: Psychoanalysis and Critical Aesthetics (Buenos Aires: Letra Viva Press, 2011). Her most recent book, The Hermenuetic Impulse: Aesthetics of An Untethered Past, was published by PoLyPen, a subsidiary of b_books Press in 2019. Forthcoming is Mary Kelly’s Concentric Pedagogy: Selected Writings, edited by Juli Carson, (UK: Bloomsbury Press, 2023).