Video Artist and Professor Ulysses Jenkins Finally Gets His Moment

There are some talented people who create thought-provoking works all their lives, flying just below the radar and occasionally popping up for a moment in the spotlight.

Ulysses Jenkins is one of those people.

Jenkins is a professor of art, focusing on video, digital and performance art. He has taught at UCI for 28 years, starting in the fall of 1993. Previous to UCI, he taught at UC San Diego, the Otis College of Art and Design and Cal State Dominguez Hills.

Jenkins and his work have been featured in important exhibitions, such as California Video at the J. Paul Getty Museum in 2008, and Now Dig This! Art and Black Los Angeles, 1960-1980 at the Hammer Museum from October 2011-January 2012.

But the Los Angeles native hasn’t had a career retrospective highlighting all of his groundbreaking, challenging and innovative work, until now.

Ulysses Jenkins: Without Your Interpretation opened at the Institute of Contemporary Art at the University of Pennsylvania in September and runs through Dec. 30, 2021. It will hit the West Coast at the Hammer Museum at UCLA from Feb. 6 through May 15, 2022.

“It has ephemera from my career, as well as screening a lot of my video work that’s performance-related, and there’s some works that I did that have to do with telecommunications art,” said Jenkins, 75, during a recent interview. “They did an excellent job. I’m one of the first, original video artists. I started making video art back in 1972, when video was a brand new medium for art.” 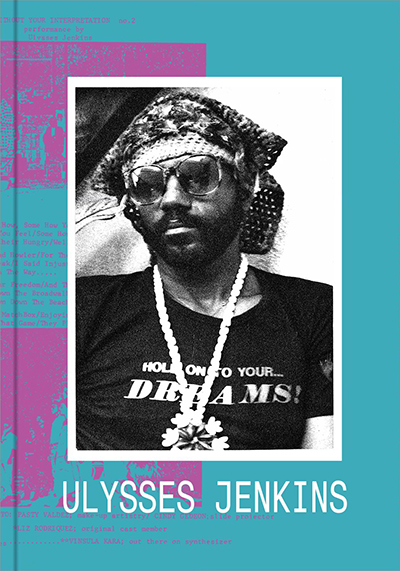 Back in the early '70s, Jenkins was a painter and muralist, hanging out in Venice Beach and painting murals on the boardwalk there. He met an artist named Michael Zingale, who encouraged him to attend a video workshop and start shooting videos with Portapaks, which had just come out.

At first, the young muralist wondered if he really needed a new medium, but he was curious, so he checked the workshop out.

“Then I got what you could call the video jones,” he said.

Jenkins started recording people on the Venice boardwalk, then attended and shot the Watts Summer Festival in 1972 and 1973. His video, Remnants of the Watts Festival (1972-73), compiled in 1980, became an important document of a community festival organized by the African American community in the wake of the Watts riots.

Jenkins, who lives in Inglewood, is a product of his L.A. communities and important collaborations he made during his time in art school and beyond.

Some of his teachers and mentors include Charles White, Betye Saar, Chris Burden, Gary Lloyd and Ilene Segalove.

“Charles White and Betye Saar were two African American professors in L.A. when I was going to grad school (at Otis),” Jenkins said. “They gave you the understanding, first, that you could make it as an artist. That was very important back in those days. And the fact that they gave you a direction that you might want to take; they had created a path for you to follow.”

Jenkins would go on to create documentaries and video pieces that made a significant impact in the art and social scenes, such as King David (1978), Mass of Images (1978), which explored images of Black people in the media, Two-Zone Transfer (1979), Dream City (1981), Inconsequential Doggerreal (1981), Without Your Interpretation (1983) and Z-Grass (1983).

In the 1980s, he worked with a group called the Electronic Café, creating interactive tele-videos decades before Skype, FaceTime and Zoom.

“That particular group kind of invented the notion of going to cafés to work on the internet,” he said. “It was a fantasy of the future. What people are doing today on Zoom, we were doing that in the 1980s.”

Jenkins hasn’t forgotten those tele-video interactions. In fact, in his classes today at UCI, he is “teaching the Zoom application as an art form.”

“You know how you can change your background? I had my students doing that in a video class in 1981. While (film and video scholar) Gene Youngblood was talking to an audience, we used the green-screen technology to create videos that would play behind him in the background that would coincide with what he was talking about.”

In 1989, Jenkins moved to Oakland to work with a San Francisco gang-intervention program. He taught youths how to shoot videos and interact with each other peacefully via video.

(Image (above): The cover of Ulysses Jenkins: Without Your Interpretation retrospective catalog.)

Jenkins has won numerous awards, including a California Arts Council Multicultural Entry Grant for serving as artistic director of Othervisions Studio, an interdisciplinary media arts production outfit. He’s also a three-time recipient of the individual artist fellowship awarded by the National Endowment for the Arts.

“That was a really great stimulus, to win one of those awards,” he said. “Unfortunately, today they don’t have those” in the visual arts.

Jenkins also won first place awards from the Black Filmmakers Hall of Fame in the experimental video category in 1990 and 1992. 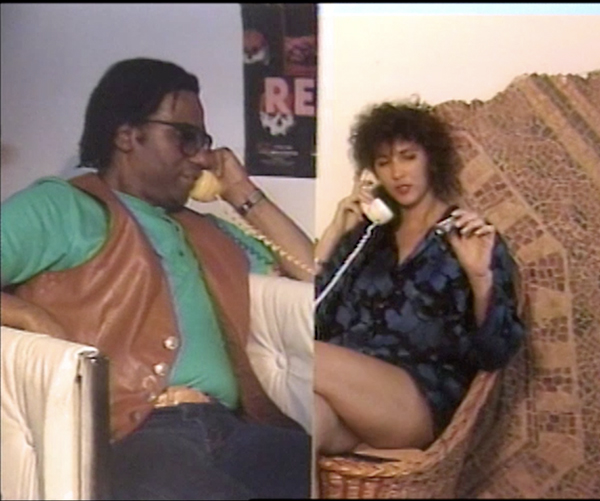 Ian White of Altadena, who is Charles White’s son and a friend and former student of Jenkins, described the video artist and professor as “a one-man band” who could tap into collective consciousness and facilitate participation.

“He always encouraged you to explore your creativity,” White said. “Filtrate and pack your subject matter. Do your research. … We all try to seek clarity, and we’re trying to find a medium that helps us seek information. He found that vehicle in video performance. That’s significant, to say the least. And he invested himself in the process of being a video artist.”

Jenkins says he continues to learn about video, technologies and contemporary issues in his interactions with students, even during the throes of the pandemic.

“The thing about the pandemic, it forced people to have to deal with the realities of how this internet and the computer technology are much more than just going online and doing Facebook,” he said. “Culture is being created. People have had to create their own type of science fiction. … All of this stuff is imbued inside of media. That’s what I learned from studying video as an art form.”

And what does he tell students who wish to follow in his footsteps as an artist?

“Parents want you to be successful. The only thing they recognize as success is those kind of professions that bring in all the money. You have to learn to have confidence. That’s what I teach my students. You can make it. But you have to be able to compete.”

(Image: Video still from Stinji (1988), a PSA Jenkins created during the height of the AIDS epidemic aimed toward the African American community. Jenkins is pictured here along with his co-star, Lavina Wetterberg.)

Learn more about the exhibition Ulysses Jenkins: Without Your Interpretation at the Hammer Museum, on view Feb. 6-May 15, 2022.

Learn more about the faculty in the Department of Art at art.arts.uci.edu.