Michael Dessen, a music professor at UC Irvine, specializes in telematics, or networked music performance. He knew his field was important and growing, but he didn’t expect the entire world of musicians to be calling him nonstop during the coronavirus pandemic.

It turns out that his field of expertise is key for musicians who want to play together, but can only do so safely from their own homes or studios.

“Networking music is a part of what I do,” says Dessen, who’s also a composer and trombonist who creates music tools for improvisers. He’s the longtime bandleader of the Michael Dessen Trio.

“While I was on sabbatical, it sort of took over. All of a sudden, everybody’s calling every day about networking music.”

Luckily, Dessen had extensive experience performing online with fellow musicians who live in San Diego, South Korea, Colombia, Europe and other parts of the globe.

He’s an expert in Jack Trip, a free software program that allows people to play music together via the internet with real-time interactivity and very low latency. Latency is the delay that occurs when sound travels over distance. (In computers and electronics, it’s also the delay that occurs between the initiation of something and the actual occurrence.)

“Jack Trip is the main tool that I’ve used now all these years, since 2007,” said Dessen, an Irvine resident. “It’s evolving and improving, and other new apps are also coming out now as well.”

Dessen and other musicians who use Jack Trip were featured in a recent episode of NPR’s “Jazz Night in America,” hosted by Christian McBride.

“All of a sudden, everybody’s calling every day about networking music.”

On July 22, Dessen performed in an “Arts for Art” concert with two colleagues in San Diego, Mark Dresser and Anthony Davis. The music was synchronized through Jack Trip, then the mix was routed into a Zoom meeting for the audience of about 60 to enjoy.
“We’re doing a concert (soon) with some folks in Korea. We’re really trying to push the limits of what’s possible now on home networks. You can do a lot if you’re creative, in the time you have if you can figure it out.”

Some latency in live networked music is inevitable, especially if you are performing with musicians on the other side of the world. Even though programs like Jack Trip can reduce delays and latency tremendously, we are still bound by earthly physics and the fact that nothing travels faster than the speed of light.

However, the music Dessen has been playing with his Korean counterparts — such as a Feb. 13-14 concert called “Changing Tides II: A Telematic Translocational Concert” — has been “pretty experimental,” and allows for some latency and flexibility.

“The audience at both sites were really enthusiastic,” he said. “It’s kind of amazing that we can do it at all. It’s a visual production as well, with the musicians appearing onstage and sounding like they’re right next to me. It can be very meaningful and powerful to play music with someone who is literally into tomorrow.”

In addition to being an accomplished musician, Dessen is a noted music scholar and researcher, and has been a professor at UC Irvine since 2006. He served as chair of the music department for four years.
He is teaching two courses this fall — a graduate introduction to networked music performance, and an undergraduate jazz combo class.

Since most instruction is online during the fall quarter, in order for the jazz class to work, “students all have to have audio equipment, a microphone and broadband Ethernet at home,” Dessen said. “It’s not clear if everyone who takes the class will have all that.  I want to make sure I have some backup plans.”

Like many UCI instructors, Dessen will be utilizing Canvas and Zoom for his online teaching. But he’ll probably use Jack Trip and other programs.

“The tools are really evolving quickly,” he said. “All of us, including students, have to not just learn specific tools, which only last so long, but even more important, learn how to learn. We need to get better at diagnosing and solving tech problems, and learn the underlying principles at work, not just learn an app.”

Dessen is keenly aware of the digital divide that exists between the haves and the have-nots, and that’s something that interests and concerns him.

“There is a huge inequality in how our network infrastructure is set up in this country,” he said. “It’s a political issue. We have turned over a lot of power to private companies. The government has abandoned their role in this sphere. There are rural areas where you can’t even get broadband. (The companies) are not going to run cables out there. They’re concerned about how they can make money, not how they can serve everyone.”

As an educator at an institution like UC Irvine, Dessen says, he’s interested in “using these tools and emerging technologies to empower and work toward social justice and access.”

He recently worked with some colleagues on Telematic Bridges, a collaboration between UCI, Santa Ana High School and the University of Caldas in Manizales, Colombia. Young Colombian participants in the project came from Sistema Batuta, similar to El Sistema in Venezuela.

“We put together a class for high school students. We got them together, mostly Latino kids from Santa Ana High School. They have a fantastic music program. We got them onto our campus at UCI, and we put them in these high-tech labs we have. They were communicating with these kids in South America.

“It was fascinating,” Dessen said. “A critical part of this work is how can we use (technology) to get people from underprivileged backgrounds to determine the future of these tools. We want people from all kinds of different backgrounds to be engaged. We’re here to transform society in positive ways.”

In his music and his instruction, Dessen wants to explore how we make music together through telepresence; but also how we “amplify and extend communities,” and pursue intercultural collaborations.
“There are those who are less rich with resources. How do we help each other, and build different connections across different communities?”

In 2007, Dessen co-founded ICIT, which is a Ph.D. program at UCI in Integrated Composition, Improvisation and Technology. The program is taught by a core group of faculty, including Dessen, whose work embraces diverse forms of music making and challenges conventional distinctions between classical composition, computer music, improvisation and jazz. Students are encouraged to work on interdisciplinary projects.

“It’s a novel kind of graduate program for musicians who are composers and also technologists,” Dessen said. “It’s an alternative to the standard composition degree. Most composition (courses) are focused on the European classical model of fully notated music. New and innovative forms of music can take so many other forms.”

The typical time to complete the ICIT degree is four years, or 12 quarters. In general, students take three years (nine quarters) to pass the qualifying examination and advance to candidacy. Then, students spend one year (three quarters) completing their dissertations.
Most students involved in the ICIT program receive tuition waivers and stipends in return for working as teaching assistants. All applicants should possess an undergraduate degree in music or an equivalent level of training.

“It’s an effort to create a more diverse range of different kinds of musicians,” Dessen said. “Students can be highly collaborative, learn from each other and develop new hybrid practices.”

UCI music professor Christopher Dobrian, the current director of the ICIT program, said Dessen is uniquely qualified to teach in ICIT because “he’s a very expert improviser, and also a composer. He understands computer music technologies, and he has expertise in various improvising traditions, such as jazz and contemporary classical music.”

In general, Dobrian said his colleague is “an excellent performer and composer. He’s able to put the technology into practice and provide technicians with valuable feedback that helps to advance their research.

“He also teaches graduate seminars on the topic, and passes on some of his expertise and knowledge to students. And recently in the pandemic, he has provided information to musicians worldwide through documents and consulting.”
Not bad for a guy who cut his chops at age 11 on the trombone. 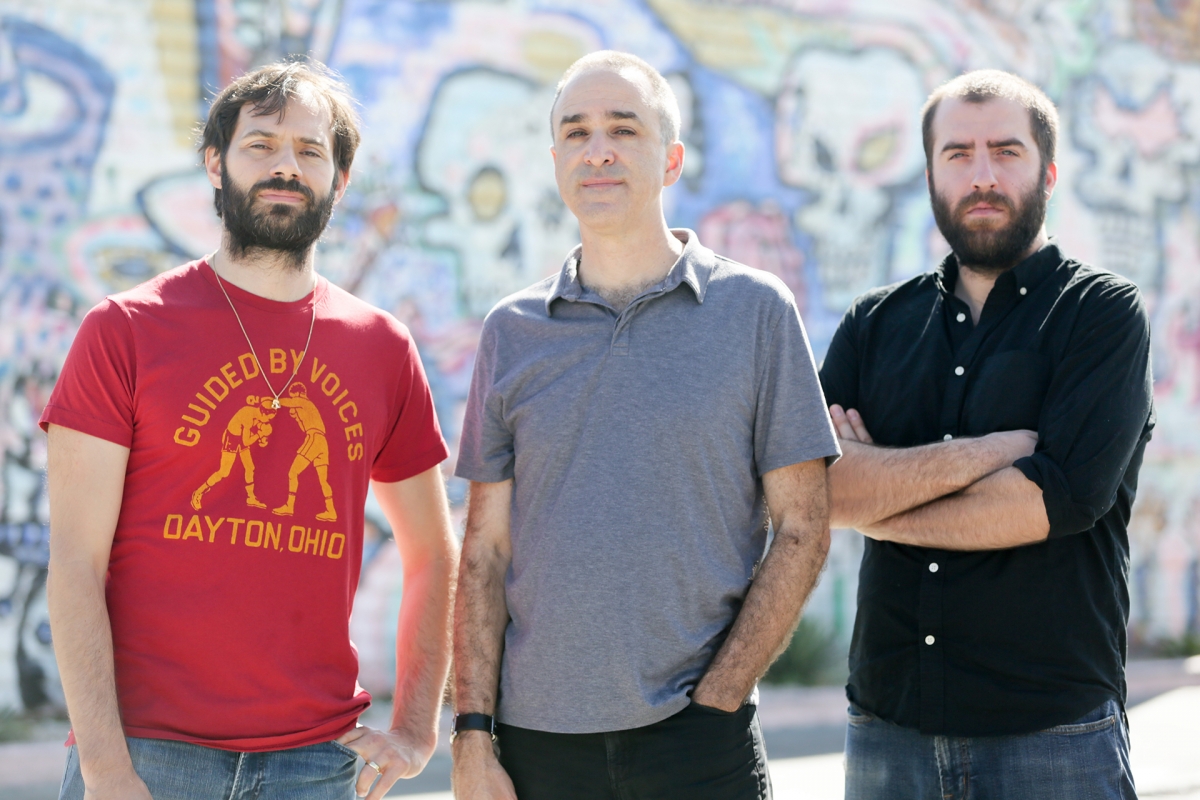 Image: The Michael Dessen Trio, an electro-acoustic trio that has been performing since 2005. (From left to right) Dan Weiss (drums), Michael Dessen (horn) and Christopher Tordini (bass), (Photo by Skye Schmidt)

To learn more about Michael Dessen and the faculty in the department of music, visit music.arts.uci.edu.