Ariyan Johnson is used to being ahead of the curve. First as a pioneer of East Coast hip hop and as an actor and, since coming to UCI in 2020, as a scholar, too. This year, she is one of seven UCI junior faculty to be named a 2022-23 Hellman Fellow — and the only artist in the cohort. With the fellowship’s support, Johnson will research an under-recognized art form: liturgical dance, or the celebratory movement in Black churches.

I was presented with new opportunities, and I leaned into them ... I just jump and expect to fly wherever my heart and my purpose is.

As an assistant professor of dance, Johnson teaches her students to be open to new experiences to grow as artists. With this new project, she aims to expand the dance community’s view of dances of the African diaspora.
“I’m grateful to UCI because I feel seen with their instrumental support of these art forms in marginalized, underrepresented, underfunded, under-researched art communities I am a part of,” says Johnson.

Dance runs in Johnson’s family. Her mother was a dancer, and so is one of her two teenage daughters. A graduate of New York City’s La Guardia High School, on which the movie and TV show Fame were loosely based, Johnson trained at the Alvin Ailey American Dance Theater and Martha Graham Center for Contemporary Dance. She thought she would have a career only as a concert dancer.

“I was presented with new opportunities, and I leaned into them,” says Johnson. “When I’m in uncharted territory, I’m such a New Yorker that I just jump and expect to fly wherever my heart and my purpose is.”

Johnson took a huge leap when, never having acted before, she starred in Just Another Girl on the IRT. The 1993 movie about a smart, determined New York City high school student whose plans are derailed by pregnancy was groundbreaking at its time and is still regularly screened at film festivals. Johnson continued dancing and acting, became a series regular on The Steve Harvey Show, as well as supporting roles on JAG, Law & Order and several movies.

She has performed on stage and in videos with various artists like Queen Latifah, Mariah Carey, Mary J. Blige and LL Cool J.

Johnson encourages her students to also be open to opportunities as they arise.

“The rigid idea of who you think you are is not going to work with who you are becoming,” she says. 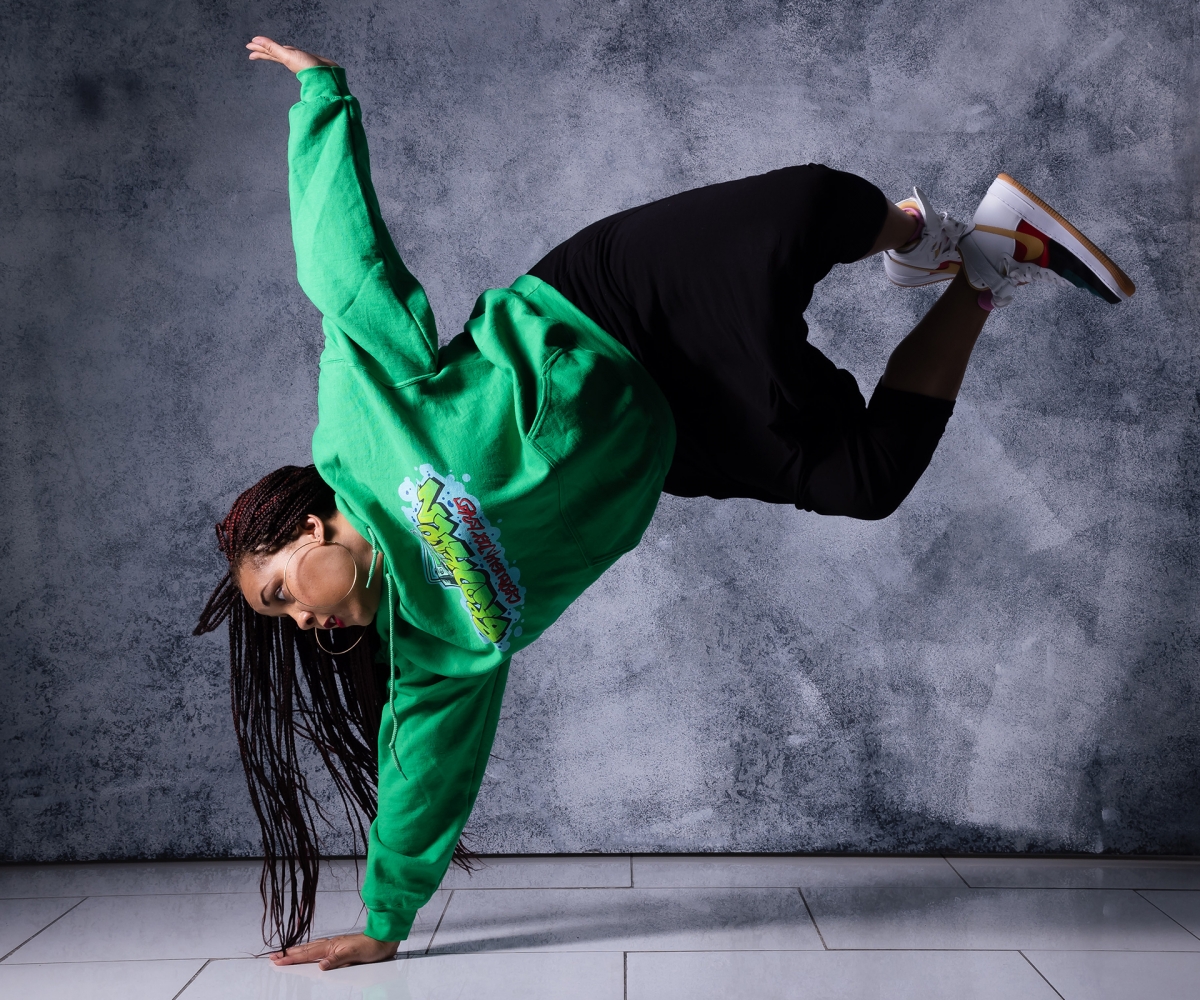 Recently, Johnson teamed with the Ad Council for a campaign seeking to decrease the stigma around mental health in the Black community. She makes mental health a central part of her classroom experience, too.

Johnson strives to make her studio a safe space where students trust one another and her and are willing to stretch themselves out of their comfort zone as dancers. She finds that building that trust in the studio often involves helping students recover from toxic dance environments they encountered growing up.

“The business is about ‘the show must go on,’ but I teach students that there is no show if you’re not your whole self,” Johnson says. She works with her students on self care and self talk – are they talking to themselves the way they would talk to a friend?

“When you take the time to heal yourself, love yourself, to be your own friend, you ground yourself for excellence,” says Johnson. “If you don’t do that work internally as an artist, if you’re not grounded for excellence, then you’re just blowing in the wind.”

Johnson has long loved teaching dance and has been an instructor in New York, Los Angeles, New Jersey, Kansas and as far away as Rwanda. UCI was lucky enough to attract her because, she says, the university is ahead of the curve in recruiting tenure-track hip hop faculty for its dance program.

At CTSA, Johnson teaches undergraduate and graduate jazz and hip hop courses with a focus on building community within the studio walls. Students in Johnson’s classes often learn in a circle facing one another instead of the mirror.
“I bring an African diaspora lens to my pedagogy, which is different from the Eurocentric adaptation of jazz that many students experienced before coming to the university,” she says. “It’s a paradigm shift for them, and I’m happy to help them see the whole gamut of what jazz and hip hop are.”

When you take the time to heal yourself, love yourself, to be your own friend, you ground yourself for excellence.

Johnson has brought professional dancers and choreographers such as Camille A. Brown to CTSA and ensures her advanced students create a dance reel they can use professionally. It’s critical, she says, to prepare students for the real world they’re going to encounter as artists.

Yet Johnson also encourages students to embrace their passions beyond dance and arts. She majored in speech pathology and audiology at Lehman College – which allowed her to continue auditioning and working as a dancer and actor. But she later used her speech therapy skills and dance to work with autistic toddlers.

“I believe everyone has more than one thing they are passionate about, and I believe they should follow it,” says Johnson. “You’re the common denominator in all these interests that you have.”
As the arts world continually evolves, Johnson encourages students to follow their own interests and evolve.

“If you want to be a longevity-minded artist, you need to continue to move forward in newness,” she says. “You’ve got to have flow and spontaneity. To grow, you have to do new things, and doing so expands your territory as an artist.”

In addition to her teaching, Johnson has been expanding her own scholarly lens.

In her first year at UCI, she won a grant from the Institute for the 21st Century for her film Spiritual Cyphers, which she shot in New York in 2021. This year, the Hellman Fellowship will support a new multimedia project, “Looking for Revelations,” that further explores the type of dancing done in Black churches, which is called liturgical dance, praise dance or dance ministry. The project’s title is itself a callback to Alvin Ailey’s celebrated dance, Revelations.

While this style of dance may not be well-regarded, Johnson points out that the church is indeed a place where people are learning and developing specific dance movements.

Johnson’s projects aim to highlight aspects of African American creativity that are often overlooked. She aims to help capture examples of liturgical dance and make it widely available so that people can develop “a reference and a reverence” for it. Ultimately, she would like to see praise dance recognized and valued alongside other African American art forms such as hip hop and jazz.

“There are so many innovative, creative, artistic ingenuities that Black folks have contributed as Americans and not been given credit for, and that’s mostly rooted in anti-Blackness,” says Johnson.

Johnson’s efforts to shine a light on this under appreciated form of dance offer a form of healing in their own right.

“I’m grateful because my lens has been received and accepted here,” she says. Making a heart with her hands, “That’s why I have nothing but love for UCI.”

To learn more about Ariyan Johnson, visit the Department of Dance website at dance.arts.uci.edu or her website at ariyanjohnson.com.