Music Theatre Talent Kayla Quiroz on Identity and the Future 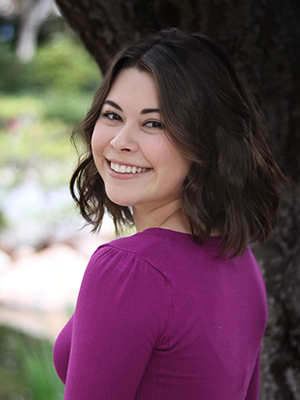 The actor-singer-dancer’s resume boasts a string of music theatre experience as early as her formative years. From an eight-year-old’s Acorns to Oaks church production to a college senior’s A Midsummer Night’s Dream, Quiroz is projected to shine in the world of music theatre.

“Ever since I could remember, performing [has been] the love of my life. I think my love of theatre really intensified when I saw my sister performing when I was a little girl. My sister Erica, who’s also my best friend, is seven years older than me. Seeing her on the stage lit a spark in me.”

Quiroz recalls one of her fondest memories as a music theatre major: “One of my most favorite performances I have been a part of at the Claire Trevor School of the Arts (CTSA) was the Shakespeare Shorts last year. I played Hermia in A Midsummer Night’s Dream, directed by Summer Session. Since we weren’t able to be on stage, we filmed it in Chino Hills, on one of my peers’ homes, which is connected to a farm. I remember being so happy to just be around people, face-to-face again, since we hadn’t acted in person for a year. There’s one scene in particular where everyone’s acting seemed so alive and exuberant, and it was actually shot at two in the morning. You could feel the energy radiating off of everyone — it was an intense scene.”

“I work in close proximity with Professor Myrona Delaney and Professor Andrew Palermo, who both ooze talent and creativity. They continue to help me find my creative and personal voice.”

Being at the CTSA, I have found a greater understanding of the relationship between my identity and my ability to perform.”

Nevertheless, Quiroz’s preconceptions of theatre, performing and acting were cast aside in favor of more salient realities:

“Prior to UCI, I was under the impression that acting was more gestures, more of putting on a facade. Now I hate the term acting — I wish it were “truthing,” because it’s about being instinctual and vulnerable. It broadcasts how one interacts with the world, even if that world is imaginative.

“I thought it would always be scene work and monologues and all that, but it’s kind of like, “who are you?” sort of thing. Then it’s also acting on instinct, which feels more real.” It is through this “truthing” where, intuitively, Quiroz feels most herself.

Moving forward, Quiroz also recognizes the connections between her Music Theatre major and her minor in Innovation and Entrepreneurship.

“There are definitely some parallels. To succeed in the business of theatre and performing arts, you have to market yourself, and you as a person are like a small business, where you’re trying to satisfy these buyers or casting directors. You should be this good, marketable thing—like a jack-of-all-trades. It’s also good to know the ins and outs of finances, especially starting out in an arts gig economy. Also, one of my dreams is to eventually start a children’s theatre company of my own, so I have to know a bit of business to be able to achieve that.”

For Quiroz, it’s about being a holistic, well-rounded individual who sets herself up for success in the professional world of music theatre. 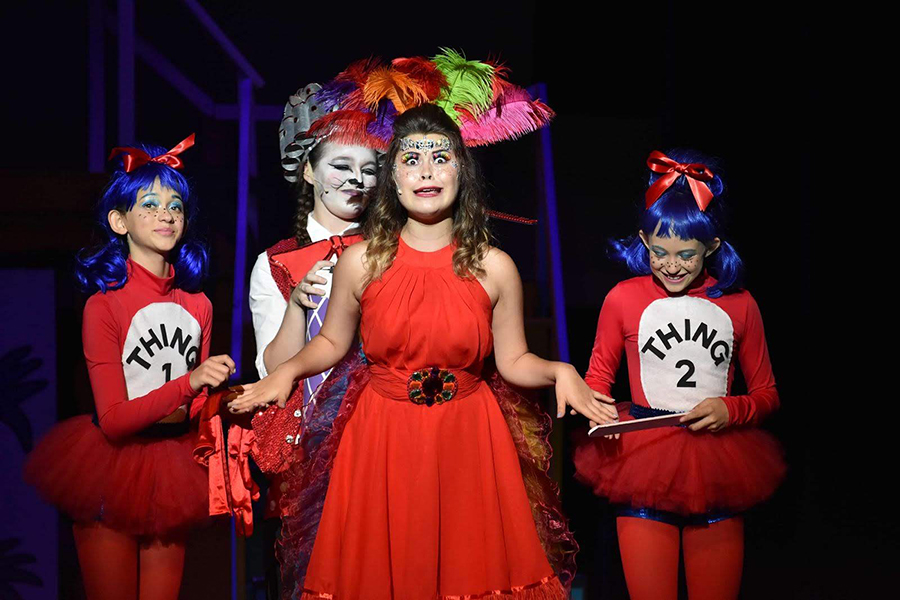 Image: Kayla Quiroz performs in a production of Seussical

At first, it seemed as though remote learning was wholly antithetical to the appeal of live theatre.

Remote learning has begrudgingly forced Quiroz (and many of her peers) to radically accept online instruction for programs that were once considered predominantly hands-on, interactive and in-person.

“Although I hate ‘Zoom University,’ I did have a lot of great takeaways from the pandemic and achieved a greater sense of self. I am also strengthened in my patience and flexibility. Artistically speaking, I think I grew as well. For me, it’s easier to drop into a part completely in the construct of my childhood bedroom. My house is my ultimate stage, where I’ve been rehearsing for more than a decade. Sometimes it was easier to be in a natural space, where I was most comfortable.”

Spending that much time with yourself, Quiroz admits, you inherently learn more about yourself as a person. Post-remote learning, Quiroz recognizes a tighter grasp on selfhood and identity — as a student, performer and human being.

“I definitely have gotten better at making self-tapes, where pulling your focus becomes an advantage in scenes.”

I feel more myself when I am infiltrated into the arts.

At face level, actors, nature and spirituality fuel her creativity as a music theatre major. However, Quiroz mentions, “I was fortunate to go to a high school with a fantastic show choir program. A lot of my creative energy was fueled by this atmosphere. At my high school, we did competitive show choir where my choirs won Nationals four years in a row. We even performed at the Grand Ole Opry. This instilled professionalism in me and a need for precision.

“Also, something that’s really bled into my work now is the dance styles that we learned. I was choreographing something the other day and noticed that I still use moves I did back then, which definitely gave me a creative outlet. We essentially made mini-musicals in twenty-minute time periods, which was tons of fun.” 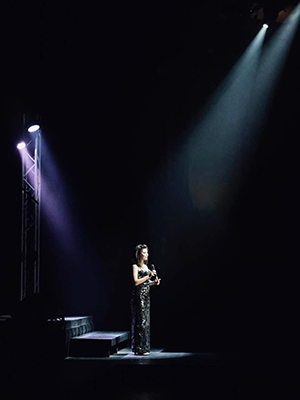 Whether academically, professionally, or personally, the future looks promising for Quiroz.

“Academically, I want to maintain good grades and complete my minor. Something that’s really exciting, too, is that I just got back from New York. I stayed in Manhattan with my peers for a month and took classes through UCI while we were there.”

Quiroz traveled to New York as part of the Department of Drama’s New York Satellite Program in Music Theatre—a “full-time, full-credit” four-week program designed to prime undergraduate students for the world of theatre. Now in its 37th run, the program offers music theatre B.F.A.’s the opportunity to view plays, visit museums, and attend workshops hosted by the casts of Broadway shows.

“In the future, I would love to work on cruise ships and at theme parks after I graduate. I wanna dive into film and media, too—some of my friends do gigs as “extras,” and I think that would be cool. Long-term, I would love to do national tours and—of course, the big one—Broadway, but that is a reach. I know there’s lots of amazing theatre in L.A. too.

“I would like to be more present because I am always spread in a hundred different directions. But I kind of like it because it keeps me focused.”

For Quiroz, there’s no single, straightforward life path. It’s a varied, multifaceted, and ultimately bright future, fueled by a stream of life-long passion and dedication to her craft.

When asked about advice she would give to an incoming student interested in her creative work, Quiroz shares the notion of failing forward as a means of building character, where “hopefully rewards ensue.”

“I read in one of my [theatre] textbooks recently that if you could see yourself in any other career path other than the arts, you should do that instead. But, if it’s your sole passion to be in the arts, then you should follow your dreams. Because performance isn’t like any other career path. It’s trying, and you’re going to have to audition and put yourself out there and be rejected, but in my life right now, I think it’s worth it. After all, why not try?

“Performance is my life and soul. It’s what I’m passionate about and I wouldn’t want to be anywhere else. I realize the struggle it entails, but I know that it will be worth it in the end,”

Quiroz is also the host of Two+ Minutes with an ARTeater, a podcast series that promotes other creatives in the Claire Trevor School of the Arts.

Last, and certainly not least, you can see Quiroz in spring quarter’s Into the Woods understudying the roles of Baker's Wife, Little Red, and Stepmother. “I have my own track as a spirit-slash-ensemble. It's going to be magical.”