Young alumni are prepared to thrive in their professional dance careers

Lauren Gresens’ final performance as a student was a solo in North Star, a piece by acclaimed modern dance choreographer and UCI professor

Lar Lubovitch. When she graduated a few months later, in June 2020, dance companies were in limbo and not hiring new talent. She moved back in with her parents and taught pilates and dance at local studios.

It’s no coincidence that when venues finally reopened, Gresens’ first performance with a professional company was dancing that same North Star solo with Utah’s Repertory Dance Theatre, which opened their 56th season with three of Lubovitch’s works.

“Lar is a modern dance legend,” says Gresens. “He is so entrenched in the modern contemporary dance world, and that presents so many possibilities for making connections and networking with other professionals.”

Gresens moved to Salt Lake City in the fall of 2021 to accept a contract with the experimental contemporary dance company SALT 2. When Lubovitch and his rehearsal director Kate Skarpetowska learned that Gresens was in Utah where they were working with RDT, they suggested her for the solo. Lubovitch and Skarpetowska are among several mentors Gresens found during her time at UCI, who helped prepare her for a professional career in dance.

“Whenever I’m asked for advice for future students, I always talk about maintaining those relationships with their professors and learning from them not only in a dance capacity, but also getting their opinions and insights informed by the years they’ve spent in the industry,” says Gresens. “They are all such a wealth of knowledge.”

Sadie Sandoval ’20 first saw McKayle’s and Lubovitch’s works performed during her first year at UCI, and she felt deeply inspired. Sandoval found a mentor in Dante Puleio, M.F.A. ’17 who has since been named artistic director of the Limón Dance Company. Sandoval had primarily been focusing on ballet and jazz, but she recalls Puleio “looked at me and said, ‘You’re going to be a modern dancer,’ and I felt like he bestowed it upon me.”

Sandoval learned the Limón technique from Puleio, which added to her versatility as a modern dancer, and he helped prepare her to audition for McKayle’s Etude Ensemble. As a member of that troupe, Sandoval learned and performed such celebrated dances as Crossing the Rubicon and Uprooted: Pero Replantado.

“The Etude Ensemble was professional level, and Crossing the Rubicon is the hardest repertory I’ve ever had to do, and I was doing it when I was 19,” says Sandoval.

Your intellect, imagination, creativity and how you bring those to the table with a choreographer, are the little things that make a dancer a professional dancer.

In the summer of 2019, Sandoval danced with the Ailey Summer Intensive, and saw Lubovitch setting a piece of choreography on the company.

“That’s pretty insane, to realize this person who works with Ailey and New York City Ballet is someone I have the luxury of working with in class and rehearsal almost every day of Winter quarter,” says Sandoval. “He treats us exactly the same as people at the professional level.”

Any dancer knows technique is the foundation on which their art is built.

“In terms of training and technique, UCI is as good as it gets, and you can’t expect to go professional without that basis,” says Lubovitch. “But you won’t find out what dance is by doing tendus in the studios. It’s a way to become an artist, but not an artistry in itself.”

Lubovitch says he looks for dancers who possess an “inner poetry.”

“The dancer I value is a movement poet,” he wrote in his often-quoted Letter to a Young Dancer published in 2015. “They intuitively invest movement with depth and gravity. They recite a line of dance with imagination beyond what the steps alone possess… I am looking for the dancer with movement imagination who imbues the phrase with something poetic.”

He encourages UCI dancers to see a variety of professional performances in different styles of dance while they are students.

“They often come to UCI from smaller dance studios where they’ve been sheltered, and they are just now entering into a picture of dance that’s larger than what they’d realized,” Lubovitch says.

That was certainly true for Emily McKeon ’21 who took class from an artist at the San Francisco Conservatory of Dance who made her realize, “I can have my own taste and my own opinion about how I want to move.” McKeon now gets to work directly with her inspiration, Courtney Mazeika, as a dancer with SALT 2 (where she and Gresens are roommates).

“I think that because UCI is a conservatory program in a university setting, it makes you very well rounded and you learn to appreciate things that are not just your technique and your dancing,” says McKeon. “Your intellect, imagination, creativity and how you bring those to the table with a choreographer, are the little things that make a dancer a professional dancer.”

The challenge of balancing an academically rigorous course load plus six or more hours in the studio each day, week after week, is one of the elements of UCI’s dance program that alumni say helped prepare them for professional life.

“Any dancer can be great if they have no injuries, aren’t sore, and are at the top of their game,” says McKeon. “Being able to work through injuries, fatigue, preparing yourself to get through eight hours of dance a day — that prepared me and a lot of other UCI dancers to go into the professional world, and to know how to show up and work every day.”

More Than A Dancer 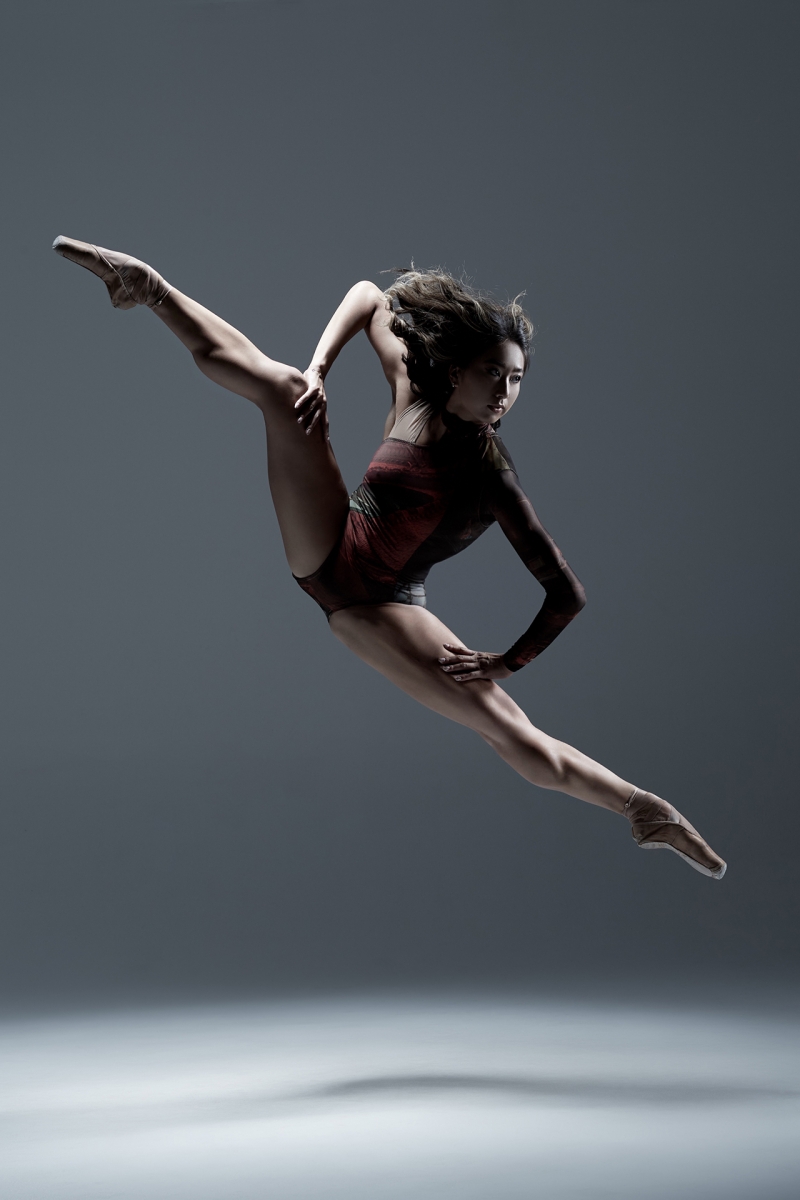 Recent UCI alumni have ample exposure to dance icons such as Lubovitch, who has been on faculty at the Claire Trevor School of the Arts since 2016, and the late Donald McKayle, who taught at UCI from 1989 to 2018, as well as the choreographers and dancers trained by them, who are now successful in their own right.

Lubovitch says all the dancers he’s encountered at UCI have one thing in common: hunger.

“God knows you have to be hungry to want to do something so difficult that it may prevent you from ever being able to earn a great deal of money,  or possibly to have a normal American family life,” he says. “It’s got to be a pretty big hunger, and that hunger is something shared by all the students.”

Yet the dancers say UCI also opens their eyes to worlds beyond dance.

Candy Tong ’17, was already on her way to a professional dance career with a ballet company contract at age 17, when an injury derailed her plans. Her plan B was to go to college in her home state of California, and she applied only to UCI, based on its reputation in dance. She finished her bachelor’s in dance performance in less than three years, urged by her faculty mentors to stay on the professional track. Now, as a member of New York’s Complexions Contemporary Ballet company, Tong credits her time at UCI with shaping her as an adult and an artist.

“Your college years teach you how to be an adult, learn how to talk to others, market yourself, make connections — even things that have nothing to do with dance have helped me so much as a dancer,” says Tong. “UCI really shaped who I am today.”

Tong, who is a bona fide social media influencer with 40,000 Instagram followers and launched her own dancewear line during the pandemic, mentors young dancers to develop passions outside of the studio. She says she never considered herself “just a dancer.”

That may be the secret to true dance success, learning to thrive not only amid the challenges of the professional dance world, but also beyond it.

“The advantage of going to UCI was to realize I’m not a dancer first and a human second; I have other interests outside of dance that influence and inform my practice,” says Gresens. “That was necessary for me to learn. Knowing who you are as an individual first better equips you to know yourself as an artist.”

To learn more about CTSA alumni, visit the website at www.arts.uci.edu/news/alumni.