Three UCI M.F.A. artists from 1969-71 reconvene in an Armory exhibition in Pasadena.

In 1969, three young women entered the newly formed M.F.A. program at UCI not really knowing what to expect.

They were all divorcees with children. Each was doing a kind of art that was considered experimental, non-commercial and definitely not mainstream. And they were trying to pursue careers in a distinctly male-dominated art world.

Over the decades, the three became close friends and would occasionally contribute to and participate in each other’s work. The three women — Nancy Buchanan, Marcia Hafif and Barbara T. Smith — would become important and influential figures in the contemporary art world, and come to represent California contemporary art in all its experimental, performative and rebellious, even radical, glory.

I always found her thinking about art to be really interesting — what can it be, and what can it do.

More than 50 years after graduating from the M.F.A. program, they are together again in a new group exhibition at the Armory Center for the Arts in Pasadena. how we are in time and space: Nancy Buchanan, Marcia Hafif, and Barbara T. Smith opened Jan. 28 and runs through June 12.

This historical survey, organized by guest curator Michael Ned Holte, includes more than 50 works of photography, collage, video, performance documentation and architectural models. The exhibition covers a wide range of pursuits explored by these three artists over more than 50 years of art making.

The idea for the exhibition had been gestating in Holte’s mind for quite some time. The initial kernel was planted when he saw the women gathering at a reception for Hafif’s solo exhibition at Laguna Art Museum in 2015. But the plan was really spurred by Hafif’s unexpected passing in 2018.

“That sort of focused my efforts and brought me to a point where I wanted to commit to doing this exhibition, which I proposed to the Armory Center and they agreed to it,” said Holte, an L.A.-based writer, independent curator and educator who serves as interim associate dean at California Institute of the Arts’ School of Art.

“I had a relationship with Marcia since working with her in ‘Made in L.A.’ (in 2014 at the Hammer Museum). I knew how much she thought of Nancy and Barbara. Seeing how these three artists intersected in each other’s work and lives maybe clarified the idea for the show at that point in 2018.” 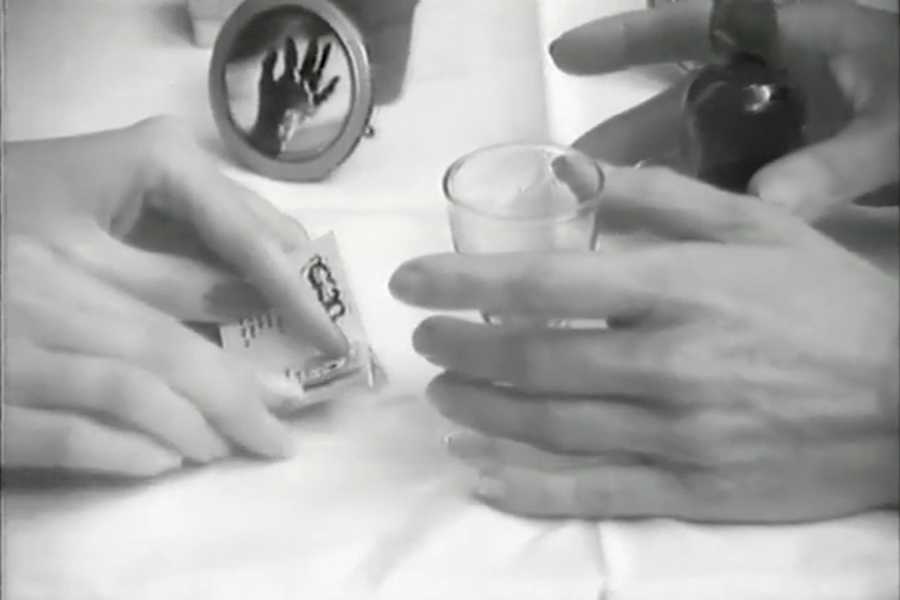 Different Sides of the Artists

Thoughtfully arranged in the Armory’s expansive Caldwell Gallery, how we are is a rich, if not comprehensive, historical survey of all three artists’ work. It opens with Ghost Quilt, a new work by Buchanan, a translucent tapestry made of organdy hanging in front of a colorful, 1884 Victorian quilt, hand-sewn by her grandfather’s cousin.

“My grandfather’s cousin was a tailor, and she made fancy vests for gentlemen,” Buchanan said during a recent interview. “I’m obsessed with the idea of reproducing the squares of this quilt and making them translucent. I made them the color organza. There’s about a foot between the two. You can see her original quite clearly.”

The exhibit features individual works by each artist dating back to the early 1970s, as well as some collaborative videos. The works are arranged along three thematic subjects — bodies, communication and dwelling.

In the “bodies” gallery, Twin Corners (1975) by Buchanan comprises a photograph of the artist’s naked lower half, strategically placed next to a mound of metal shavings and discards that’s meant to resemble pubic hair.

Also in the “bodies” gallery are documents and relics from performances by Smith, who has built a national and international reputation on her boundary-pushing and ritualistic art performances.

Projected onto a screen are a trio of black and white videos portraying collaborative performances by Buchanan and Smith. Please Sing Along (1974) documents an actual, physical fight between the two artists, dressed in karate garments, at the Woman’s Building in Los Angeles in 1974. And With Love from A to B (1977) focuses on the artists’ hands as they exchange objects, gifts and gestures, and concludes with Smith slicing her finger with a razor blade.

“All of us were doing relatively radical work,” said Smith, who turns 91 this year. “(Nancy) asked me to participate in the video. We were trying to show behavior contrary to what you would normally see. We were trying to fight and trying to win and trying to hurt each other. I just found it extremely difficult to — I agreed to do it — but to actually do it. To hurt Nancy, to beat her up if I could.

“It took quite a while to become indifferent that we were fighting like that. Nancy had twisted her ankle. Her blood was on my shoulder. She hit me so hard, I was seeing stars. Before I just thought of that as some fancy metaphor.”

The exhibition also features some newer collage works by Smith, as well as a variety of architectural and performance-based pieces by Hafif. While Hafif is known as a minimalist painter — she had solo exhibitions at Laguna Art Museum in 2015 and Pomona College Museum of Art in 2018 — her works with photography, language, performance and architecture in this show reveal different sides of the artist.

Hafif’s Super-8 film Notes on Bob and Nancy (1970-77) captures Buchanan and her companion Robert Walker (also a UCI art graduate) as they reveal aspects of their relationship in both real and performed scenarios. Classmate Alexis Smith and critic Barbara Rose are also included in the film.

Hafif’s sculpture The Oval House (2002) is a contemplative architectural model made of white cloth, pebbles and a ceramic vase. The connected oval rooms are designed to be a meditative dwelling for only one person.

“I always found her thinking about art to be really interesting — what can it be, and what can it do,” said Buchanan, who used to stay with Hafif at her loft in New York City, or at her house in Laguna Beach. “The most interesting artists are asking that. Art is about the idea, for me.”

Smith, who admits that her own artwork has been difficult to sell for many years, also thinks how we are in time and space is a different and welcome take on all of the women’s work.

“Those of us who know Marcia say this is a good chance to see her (alternative) work,” she said. “It may be the least thrilling of the ways they’ve shown her work. There’s one painting, and there’s some of her books and stuff like that. There’s Bob and Nancy, about an hour long. ... But, I’m thrilled and amazed that this independent curator has looked into our various artworks and put them together.” 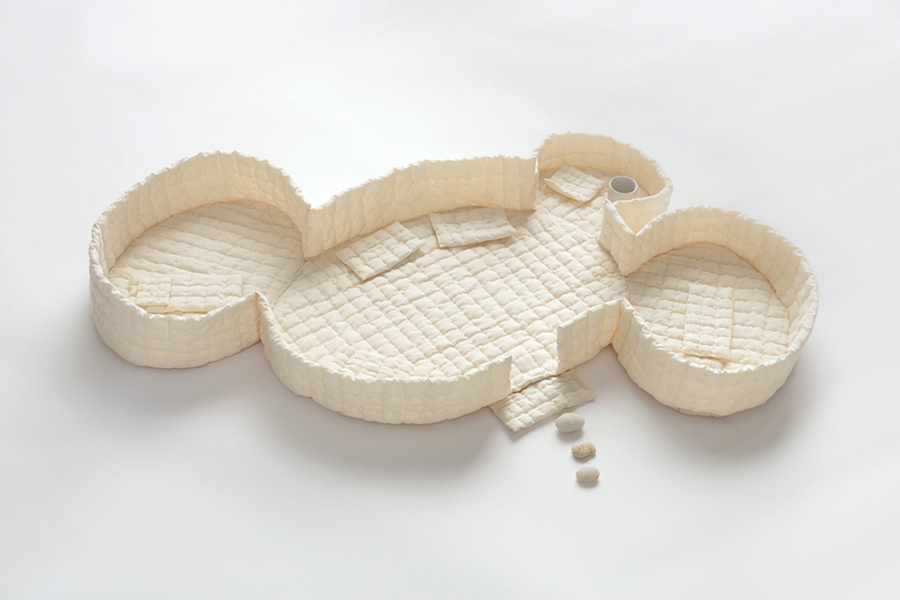 Curator Holte says he was interested in teasing out and comparing the differences and similarities between the artists. “They all make such compelling and weird objects,” he said. “They’re all really invested in that question of experience. They’re all so interested in thinking about themselves in the present, in time and space, both aesthetically and politically.”

He also feels like Buchanan, Hafif and Smith have not received as much attention as they deserve.

“There’s the ongoing, much larger question about women artists, in relation to the success of male artists,” he said. “Women artists are still wildly undervalued in the art market.”

Holte also points to the women’s early years at UCI as being a pivotal moment, not just for them, but for many artists and teachers. Minimalists Robert Irwin and Larry Bell were their instructors, along with Tony DeLap and Vija Celmins. Classmates included Chris Burden, Richard Newton, Bruce Richards, Alexis Smith, Ann Titus, Bob Walker and Robert Wilhite.

All of these artists were featured in the exhibitions Best Kept Secret: UCI and the Development of Contemporary Art in Southern California, 1964-71 at Laguna Art Museum from October 2011 to January 2012. Many of them were included in A Performative Trigger: Radicals of Irvine at UCI’s University Art Gallery in 2015.

“I do believe the confluence of all those people had a huge impact on those artists and their relation to each other,” Holte observed. “We talk about how Irvine becomes an unlikely center of the universe. Of course, New York was the center of the art universe at the time. But a lot of New Yorkers also showed up in Irvine. 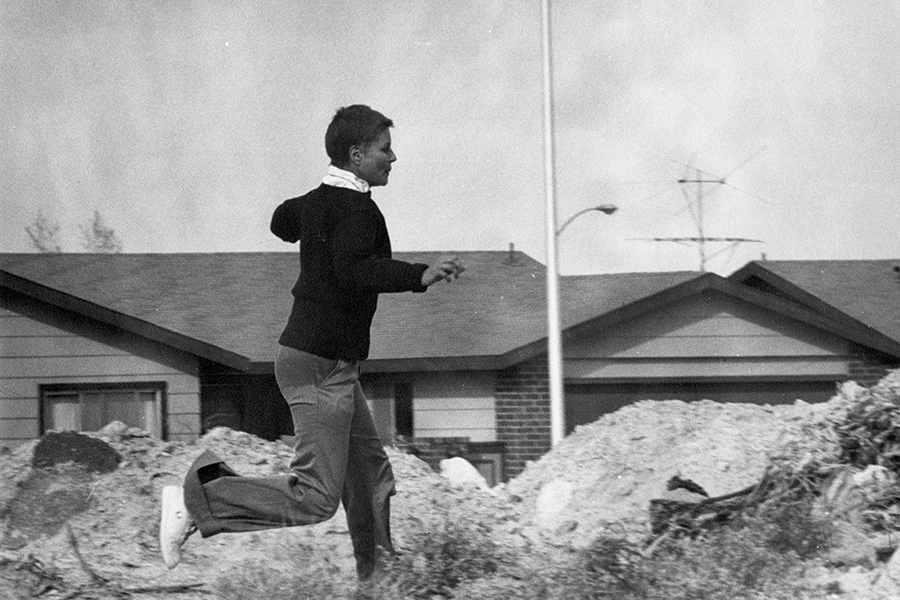 The Armory Center is at 145 N. Raymond Ave., Pasadena. Admission is free, but an appointment is required to view the exhibition. Learn more at armoryarts.org.